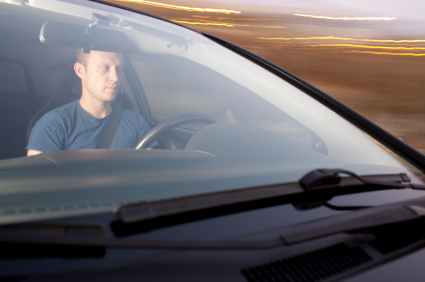 Driving Under the Influence in Europe

A country known for its history of tragic vehicle accidents, their tolerance for drinking and driving is almost zero. For a first offender charged with driving under the influence, you will lose your driver’s license for three years and receive a minimum fine of a little less than $2000. Furthermore, you will be required to attend a series of political lectures until you have completed your sentence.

With a BAC limit of only .02, Russia is one of the strictest countries when it comes to driving under the influence of alcohol. Not only is their BAC almost zero percent, but if you are tried and convicted of driving under the influence you will lose your license for life. And, if a driver refuses to take a sobriety test, they are punished for being non-compliant and will get 15 days in jail automatically.

All of these eastern European countries have a zero-tolerance policy when it comes to drinking and driving, literally. You will be charged for a DUI in these countries, even if a single trace of alcohol is found in your blood.

Sweden’s driving under the influence laws can seem like a good or a bad thing, depending on your bank account. If you are charged with a DUI in Sweden, the amount of money in your bank account will determine your fine. The less money you have, the less you owe and vice versa. One Swedish resident had to pay $21, 000 for his DUI, that’s one expensive mistake.

Driving Under the Influence in Asia

One country in Asia that has one of the strictest and oddest laws in Malaysia. In Malaysia, if your significant other is charged with driving under the influence, you could go to jail too! Even if you were not with them and had no idea they were drinking and driving! As this article so aptly puts it, you’ll want to hire two lawyers to get you out of this situation– A DUI lawyer and a divorce attorney.

Driving Under the Influence in South & Central America

For the most part, laws concerning DUIs in South and Central America are similar to North American laws with a few exceptions:

Both Paraguay and Colombia have zero-tolerance policies. Columbia takes this a step further by sentencing a person convicted of a DUI to community service, penalties, fines, and license suspension for a BAC of .02%.

In Costa Rica and El Salvador (and France), if you are charged with a DUI, these countries may seize your vehicle. Furthermore, the authorities can choose to sell your impounded vehicle rather than return it to you. In Costa Rica, first-time offenders will face a two-year license suspension along with fines and the loss of their vehicle. And while past rumors about people getting a DUI to end up with a Death Sentence in El Salvador have been debunked, this country has an absolute ZERO tolerance policy.

Driving Under the Influence in Australia

One of the most famous DUI punishments that is enforced around the globe, is Australia’s “public shaming” for offenders. In Australia, if you’re convicted of a DUI your name will be put in the newspaper, usually under the page titled, “Drunk & in Jail”. So if you get pulled over for drinking and driving in Australia, you can pretty much guarantee that your family, friends, and probably your boss (now ex-boss) will see what you’ve been up to.

Additionally, across the country, the BAC limit is .05%, except for licensed operators of commercial vehicles and anyone under the age of 25. If you fall into those categories, you must abide by the country’s zero-tolerance law. First time DUI offenders down under will have their license suspended for at least six months. For the second offense, they will permanently lose their license.

Now that you’ve seen how harsh the DUIs laws around the world can be, it makes Missouri’s laws seem like nothing. However, even one DUI in Missouri can cause your license to be suspended and result in a $1000 fine, not to mention points will be added to your license and you could face jail time. To avoid having a DUI put on your permanent record and the other consequences accosted with driving under the influence charge in Missouri, contact the DUI attorneys at DWI Springfield today.